The most epic place to play and program Minecraft!


Vote for our server at:

Wow KitPvP finally updated after 4 billion years! I wonder what it's about!

Okay maybe this wasn't an exciting update, but at least it's an UPDATE!! Also who keeps hacking my survival server SOTP STOPSOPTSPOSTOPSTPOSTPOSPT

We just announced a new preview for the next version of Modly!

We posted a video about this about 4 months ago, but now YOU can try it @ https://epicmc.rocks/modly2! Tell us what you think of it! :)

I just posted this to show that I'm not dead lol

Support for the latest version came out yesterday but I forgot to announce it :( but now we support it :) 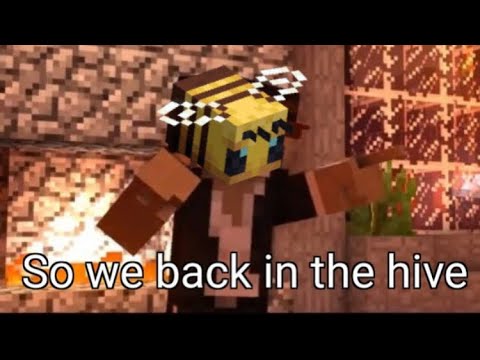 Note: We haven't updated our servers to the latest version so 1.13+ blocks and items will not work, but when Modly 2.0 comes out it will probably work.

Wow, this update came out quickly! Well now we support it! YAY!!! :)

Note: We haven't updated our servers to the latest version so 1.13+ blocks and items will not work, but when Modly 2.0 comes out it will probably work.

We are now supporting the latest version of Minecraft! 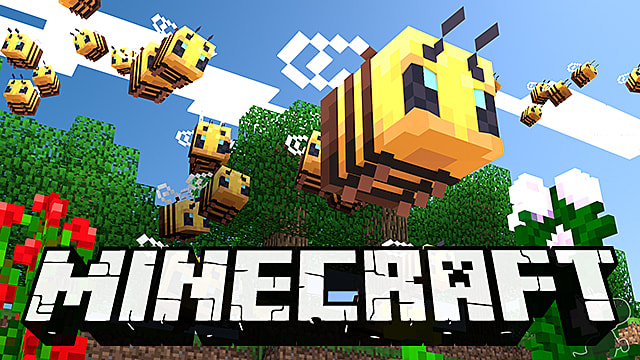 Note: We haven't updated our servers to the latest version so 1.13+ blocks and items will not work.

After some people requested this server on our EpicMC Discord, we decided to release a survival server on EpicMC!

Try it now by clicking on the Survival character or typing /survival.

We just made a new holiday themed lobby update, complete with decorations and snow particles! 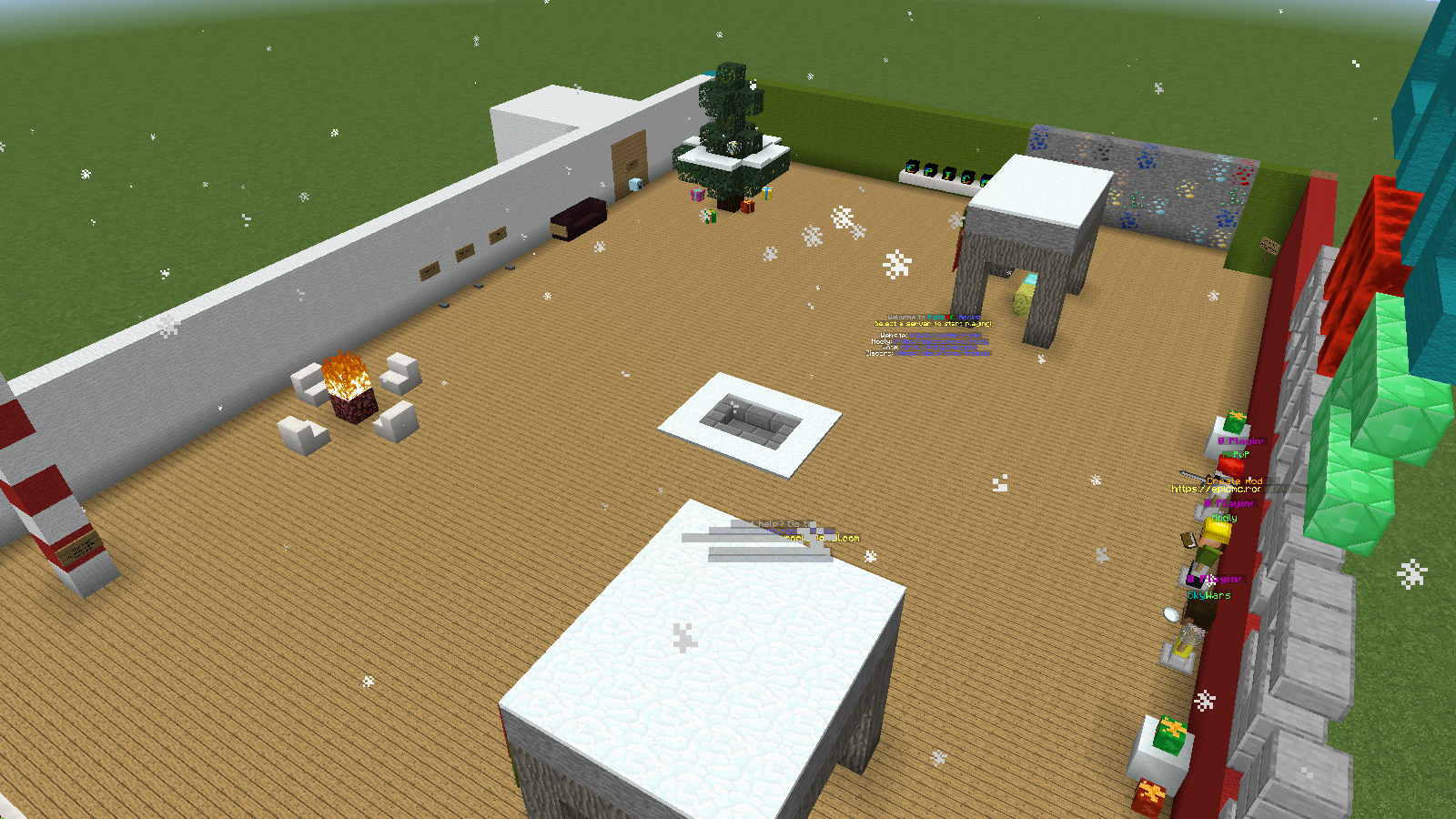 NOTE: The snow particles look better in Minecraft 1.14 (in 1.8 they look terrible). Also if you are having lag problems because of the snow, turning off particles might work if you have Optifine.

We just created a server for the chat app Discord!

Also the reason why we haven't posted here in a long time is because we're working on MODLY 2.0! It's coming soon sometime in 2020!

See who can carve the best pumpkin or build the best skeleton in this epic new minigame!

Click on the Halloween Build Battle NPC to join! We're also using this minigame for the WhizKidz Haunt 2019 (maybe you should join).
Have fun! 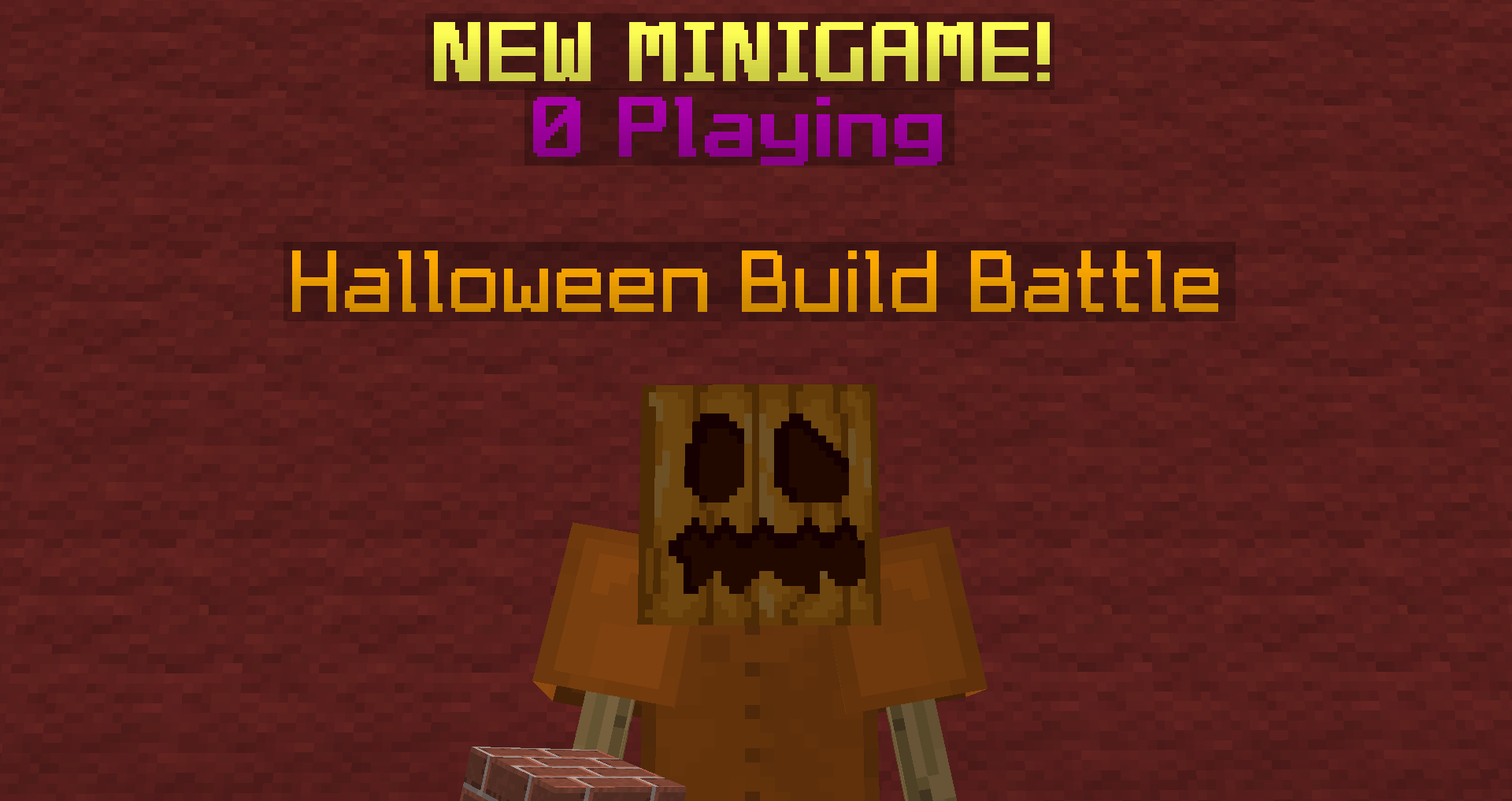 We added a new creeper kit! Check it out on the EpicMC KitPvP server! 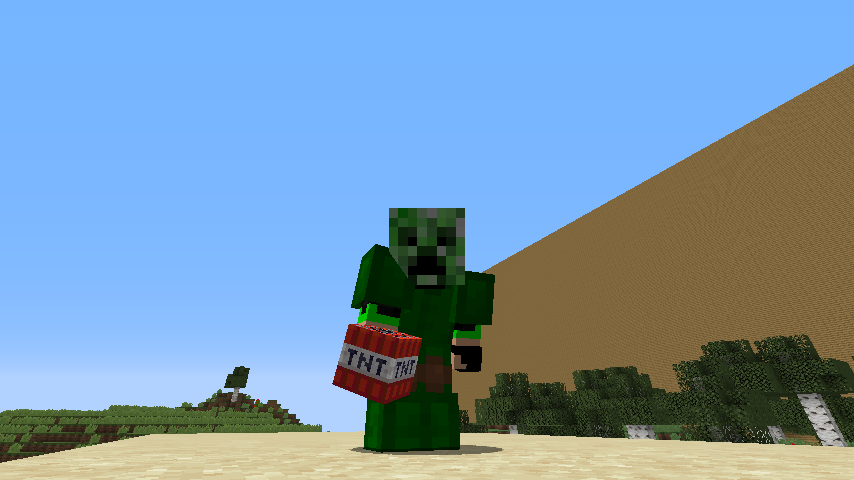 We added a new extension, NPCs. This allows you to create dummy players easily!
Note: To get this, you need the Diamond Plan. Sign up now

Do you like Minecraft? Do you like programming? If you do, then join now @ https://www.meetup.com/EpicMC-Rocks-Group/events/264498794! We will be doing a lucky block mod where when you break a gold block, you can get diamonds or dirt! 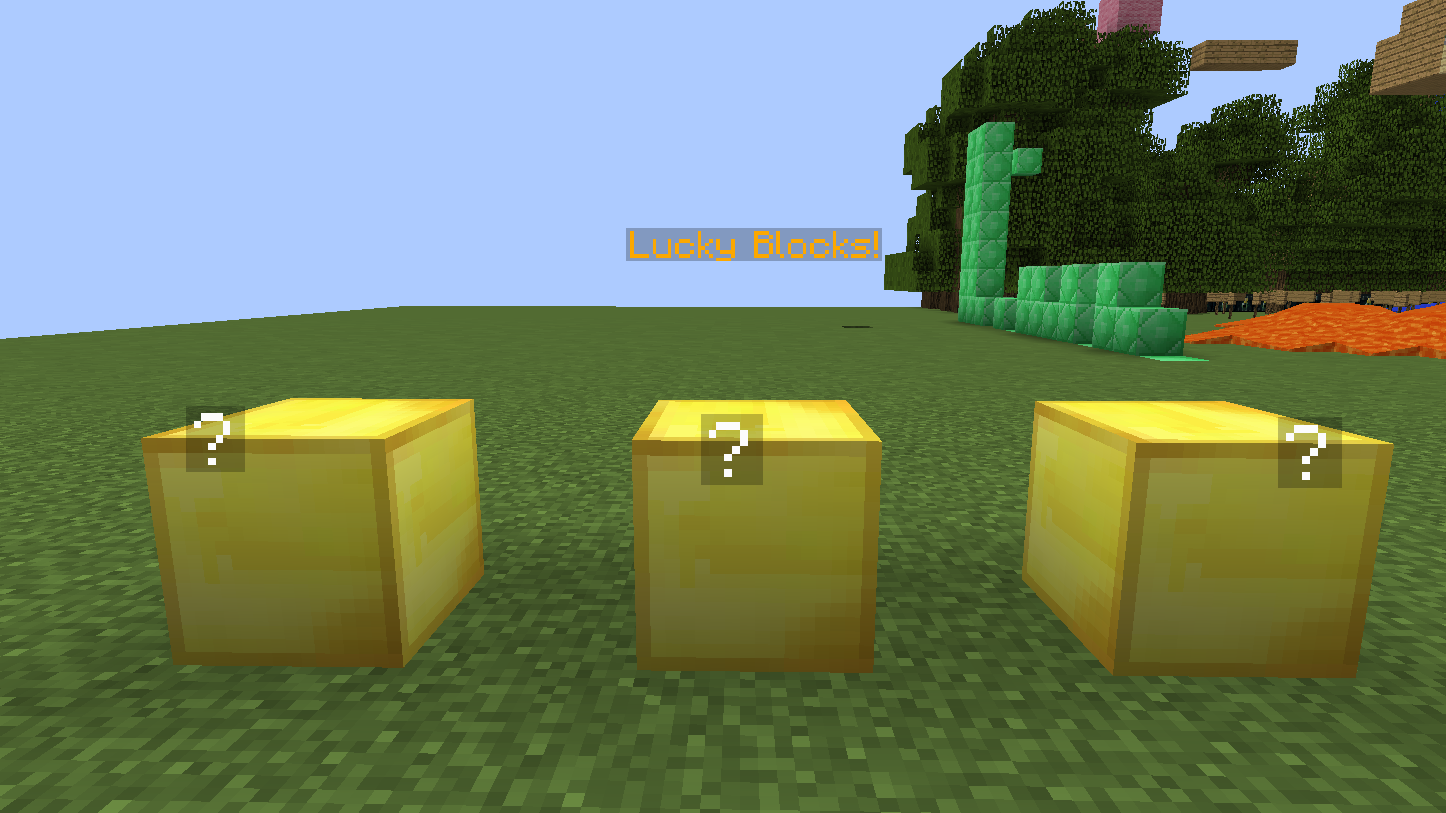 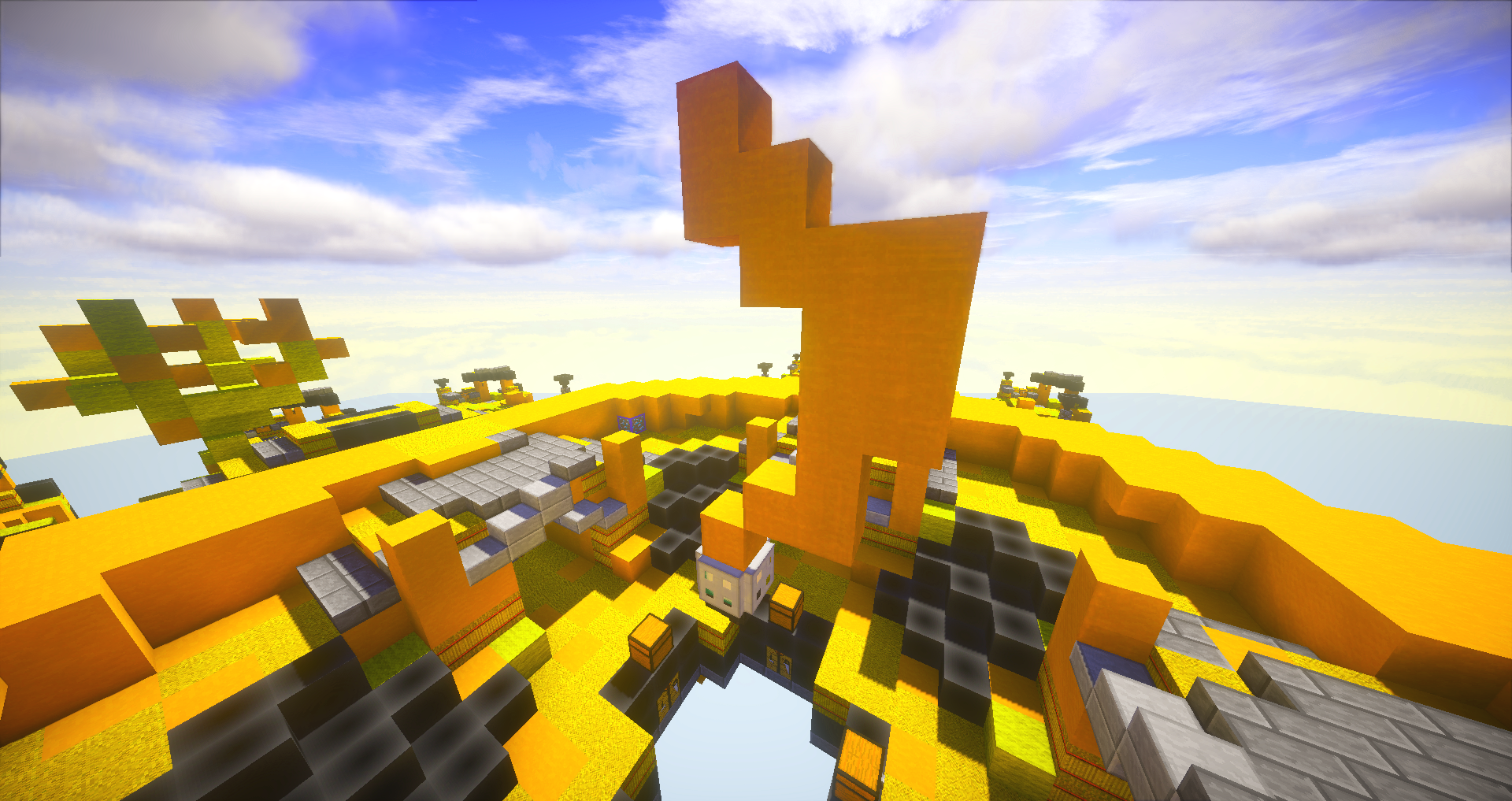 There are also some secret stuff in this map. Try to find the obsidian blocks! (You get free stuff when you find it)

We're doing an epic meetup where you can create your own Minecraft traps and learn programming!
Join now @ https://www.meetup.com/EpicMC-Rocks-Group/events/262726292! 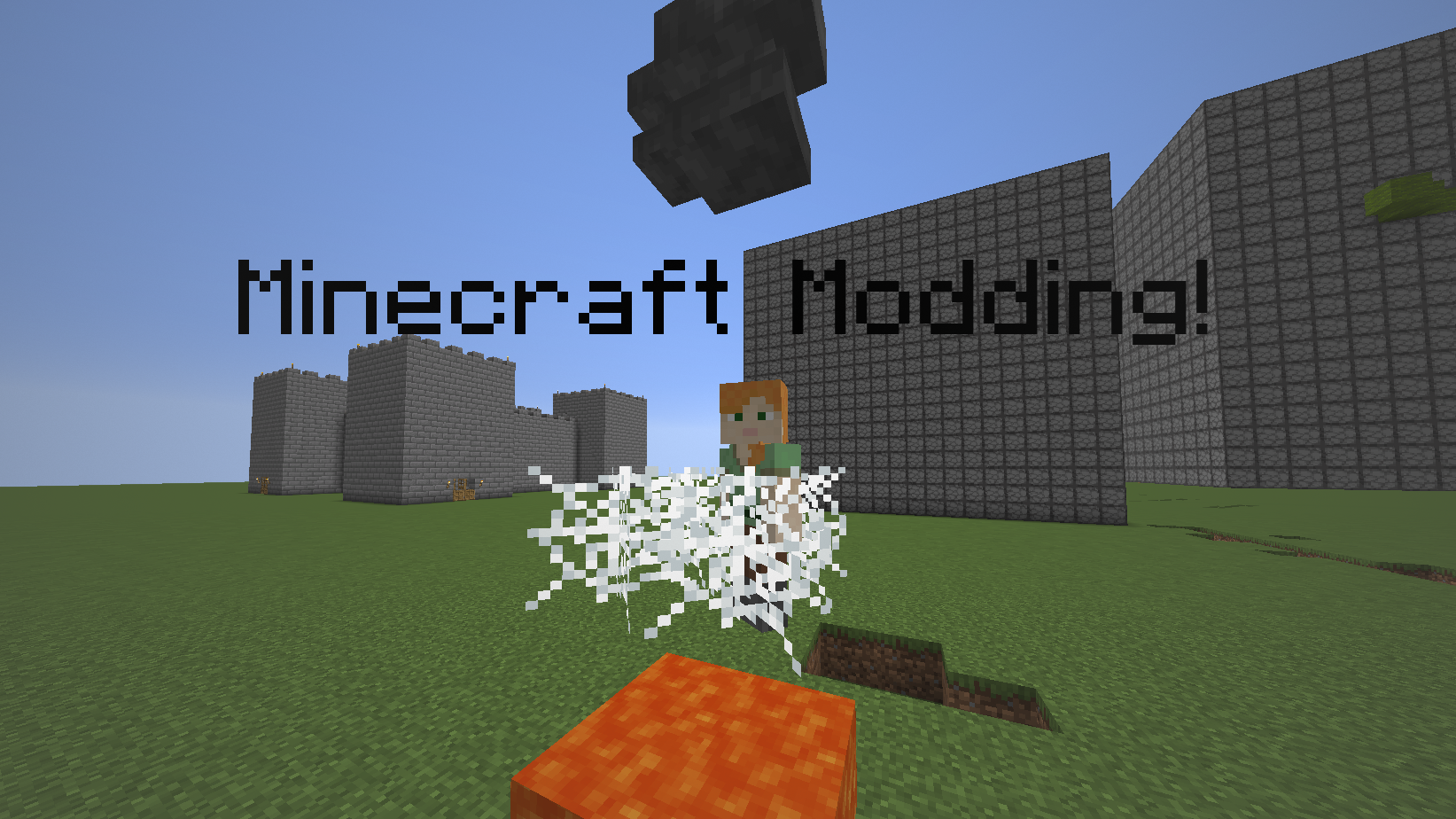 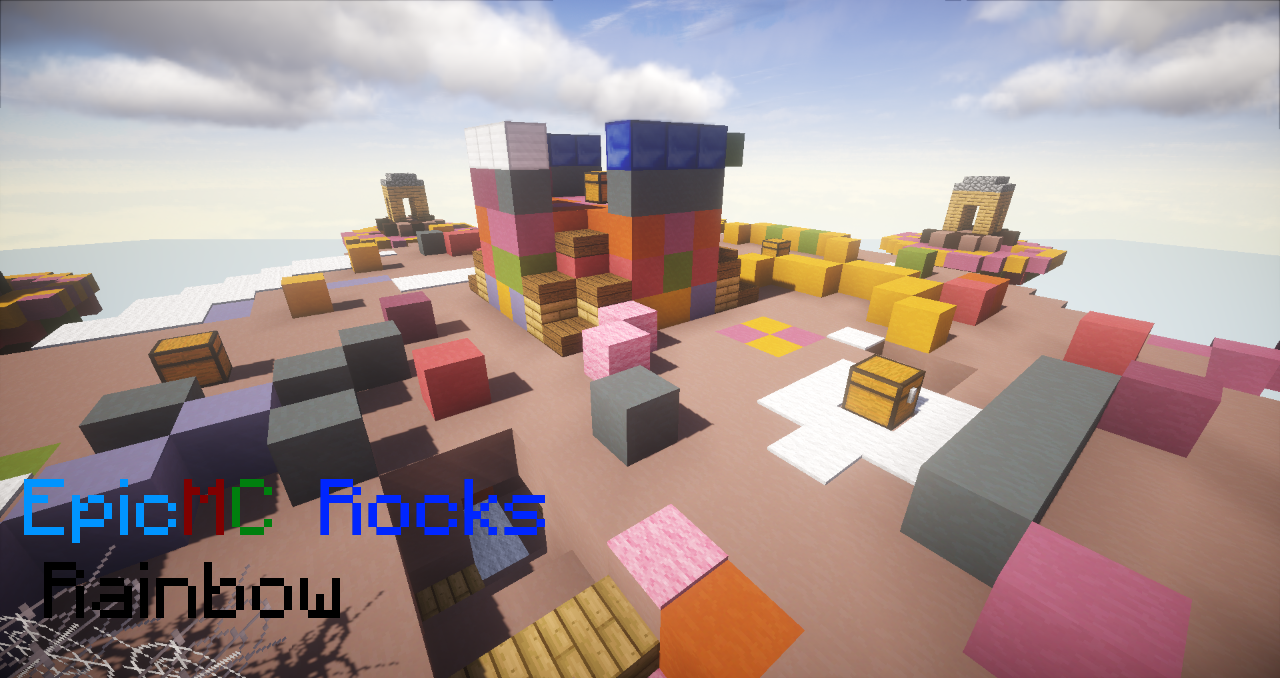 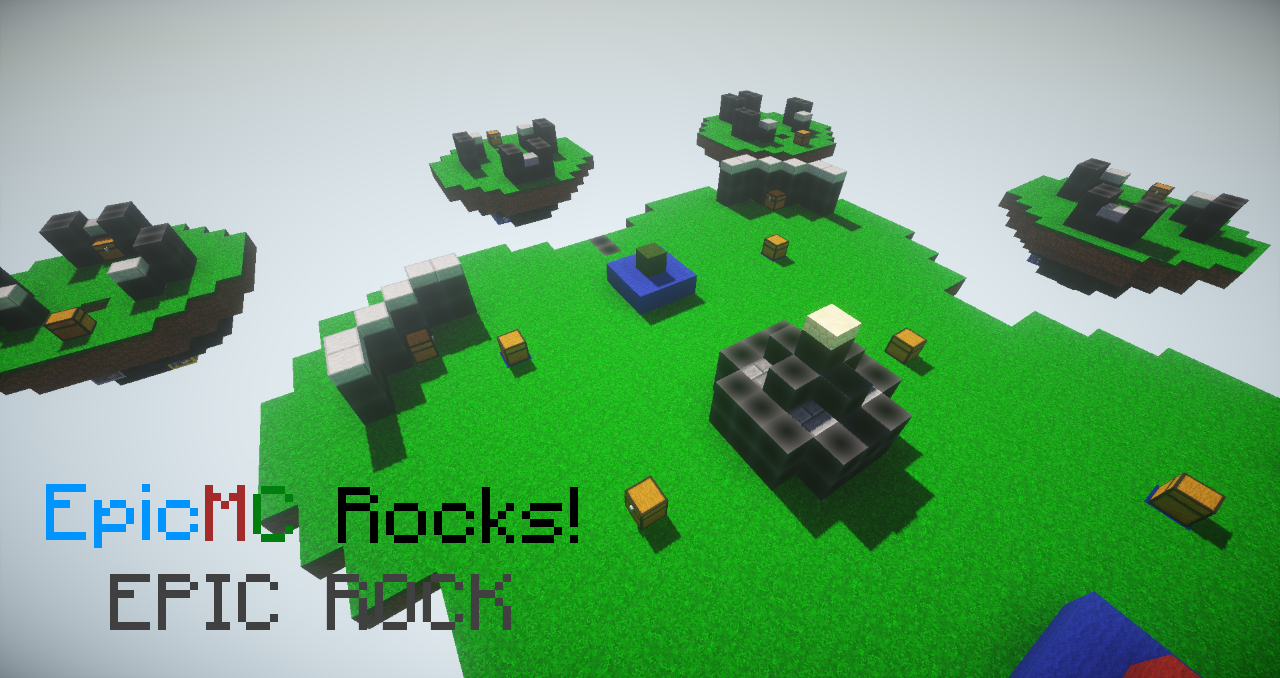 EpicMC Rocks has updated to the latest version! So play some epic minigames with your friends!!!!

The smallest update AND the biggest update ever...

The Modly team worked hard on this one.

And if there are any bugs, go to https://epicmc.rocks/bugs to report them.

A big update but not Modly 2 yet!

Only pro Minecrafters will get this 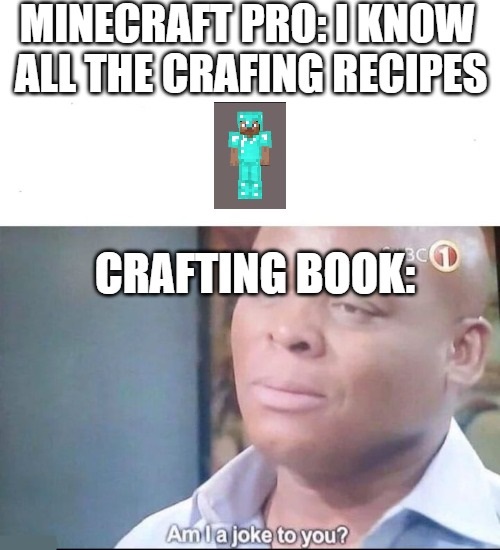 We added a new Modly tutorial, the super speed mod! Try it now!

You can only access this tutorial if you have the Modly Iron or Diamond Plan. Sign up here

You can now play your favorite minigames on the latest version of Minecraft! Join now at epicmc.rocks!

We are doing a meetup where you create your own magic wands in Minecraft!

We are doing this at WhizKidz Computer Center.

If you can't join because it's too far away, there will be an EPIC live stream at https://tinyurl.com/epicmclive

Note: This option is only available for users with the Iron Plan or higher. Sign up here

This block is good for boss fight mods where the boss strikes the player with lightning.

Our server now supports the latest version of Minecraft! Join now at epicmc.rocks!

We made a new look for EpicMC Modly!

As you can see, we have a new look for our EpicMC home page! It looks EPICLY COOL and stuff! We might even change the Modly look!

We added a new extension called Inventory. With this extension you can:

You can get this extension by clicking on the Extensions button. If you don't see it, you will need to get the Diamond Plan. 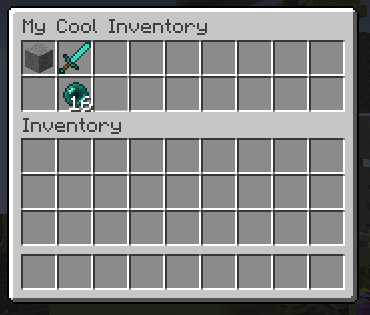 Duel other players with the KitPvP Duels mode. Click on the NPC to join! 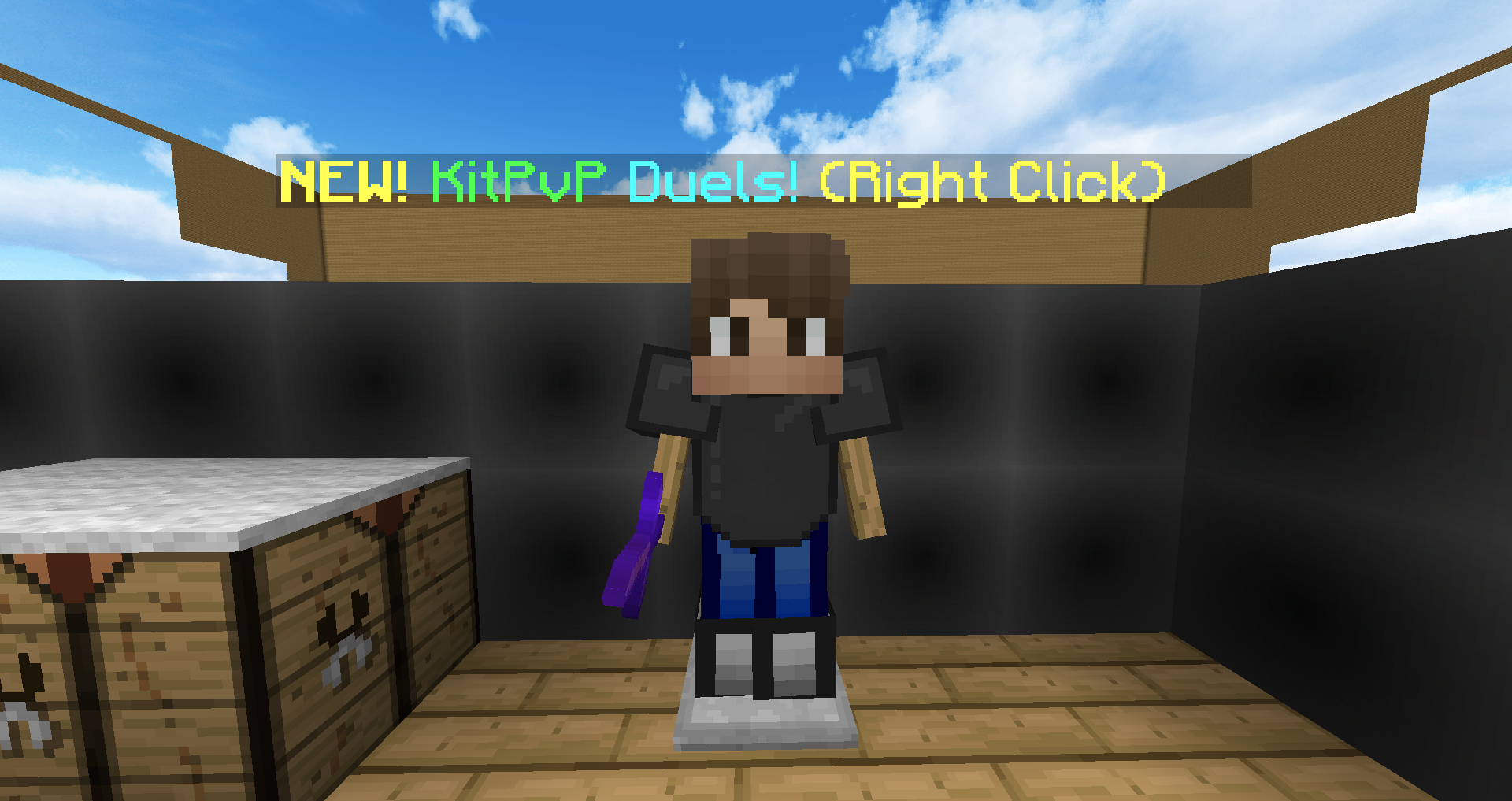 The drone is an invisible robot that you can program to place blocks in your Minecraft world. Now with these new blocks, drone building will be easier!

We just made a new tutorial, the eraser mod! Click the online tutorial tab to see the tutorials!

This tutorial is Iron Plan or Diamond Plan only, so be sure to sign up now!

We are presenting at the Minefaire event in San Mateo County Fair on Feb 9 and 10 @ 2pm at the Inspiration Stage. Maybe you'll come...

Also more info and stuff on the WhizKidz website.

If you have a Modly Diamond Plan account, you will have this really cool feature! Click on the extensions button and load one of our extensions! We might add more extensions in future updates! Also if you can't find Connectivity, it's an extension.

To get the Modly extensions, your own personal world, support for more mods, and more features, sign up for the Diamond Plan.

EpicMC Modly 1.3 is out! Try the new features!

You can now upload resource packs to EpicMC Modly and give them to players using Modly blocks!

We added new blocks in this release!

Do you like EpicMC Modly? If you do, you'll probably like the new features that we added in EpicMC Modly 1.2. 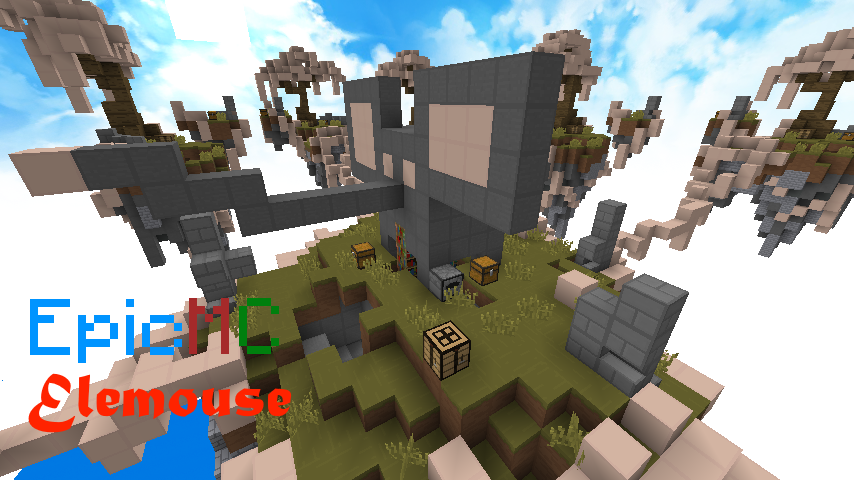 Try this map out by going to the EpicMC SkyWars server!

(The server IP is epicmc.rocks if you forgot)

Modly is awesome so we decided to do an hour of code event at WhizKidz Computer Center!

We made tower mods and arch mods. See those mods at https://epicmc.rocks/modly/hourofcode.

EpicMC Modly 1.1 has been released online! We've added some cool features in this update.

Here are 3 cool links you didn't know about in EpicMC Modly. 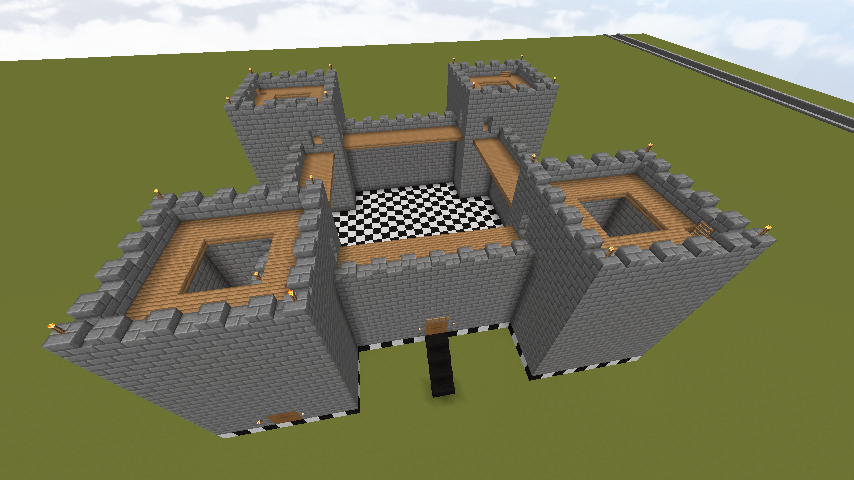 EpicMC Modly is a coding platform to create mods (short for modification) to the Minecraft game.

Here's what you can do in Modly.

This platform uses the Google Blockly language where you can drag and connect blocks to create your program. Learn to code by making Minecraft mods! You can sign up for FREE. To get your own personal world, support for more mods, and more features, sign up for the Iron or Diamond Plan.

Requirement: You will need a Minecraft license on a PC or Mac so if you don't have one, you can purchase a license at minecraft.net.